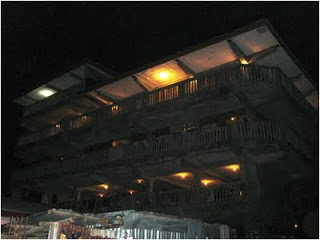 I met someone from World Bank in June. I was simultaneously outraged at the impunity with which, those who can, blatantly steal donor funding and at the incompetence of the aid agencies who unquestioningly hand over large amounts of donor money; amused at the woman’s naivety and extraordinary incompetence and frustrated that once again the poor at the mercy of such people. She had been shown receipts for fuel and so on for the NPA [National Power Authority or No Power At all] and they had assured her that they were providing 24/7 electricity across Freetown. I laughed out loud. How long had she been in Freetown and not been able to work out that it was not true? We were generally getting ‘government light’ once or twice a week for a matter of hours.

The construction of the Bumbuna Dam to supply Freetown with hydro-electricity has been on-going since Alhassan was a child, as he remembered, and probably before too. It has been one of the new government’s top priorities, however. And, in the last ten days we have finally seen some changes in the extraordinary non provision of power. We have had electricity most nights and most days [daytime power in most residential areas is generally unheard of]. It is life transforming to not have to head off to someone else’s office, after your battery runs out, in order to recharge and continue working!
Please god, it lasts and someone didn’t just lean on the wrong switch by mistake.
If you would like to know more about EducAid’s work please go to www.educaid.org.uk