It’s been a great first term at EducAid. All EducAid schools were eager to share some highlights from the term which we have  compiled below. Thank you for all you have done to support our work this term. We wish you all a wonderful holiday season and New Year. 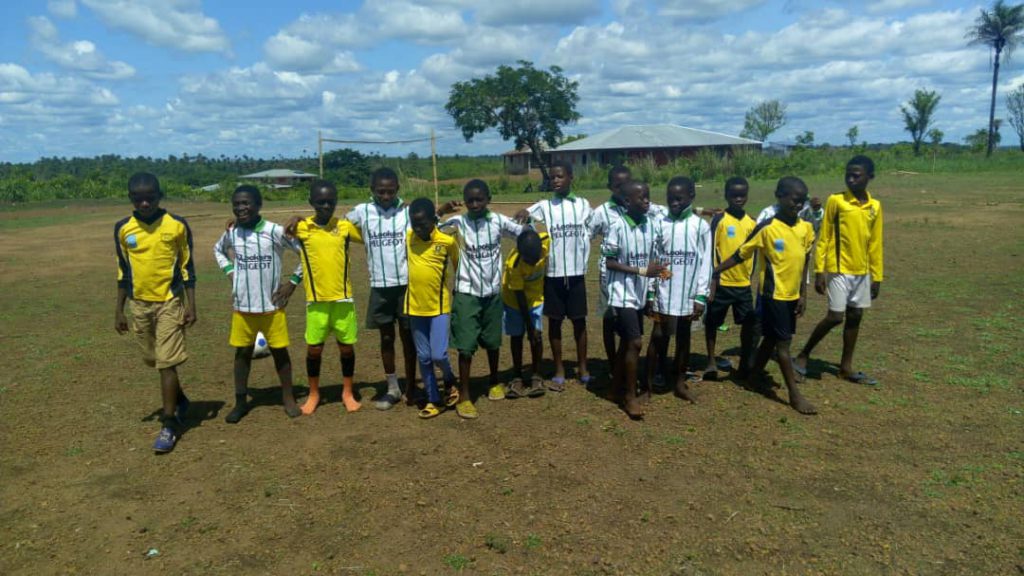 Mamadu at Magbeni Junior Secondary Schools writes that students at Magbeni have also been enjoying spelling bees and quizzes weekly. He also writes that the school has been working with the community “to have an environmental cleaning every fortnight getting rid of plastics, cans and other debris that may cause harm to the environment.” EducAid schools have been increasing the amount of sport to help children to be physically fit with sounds minds and bodies. At Magbeni this has translated to football, track and field events, sack races and more. 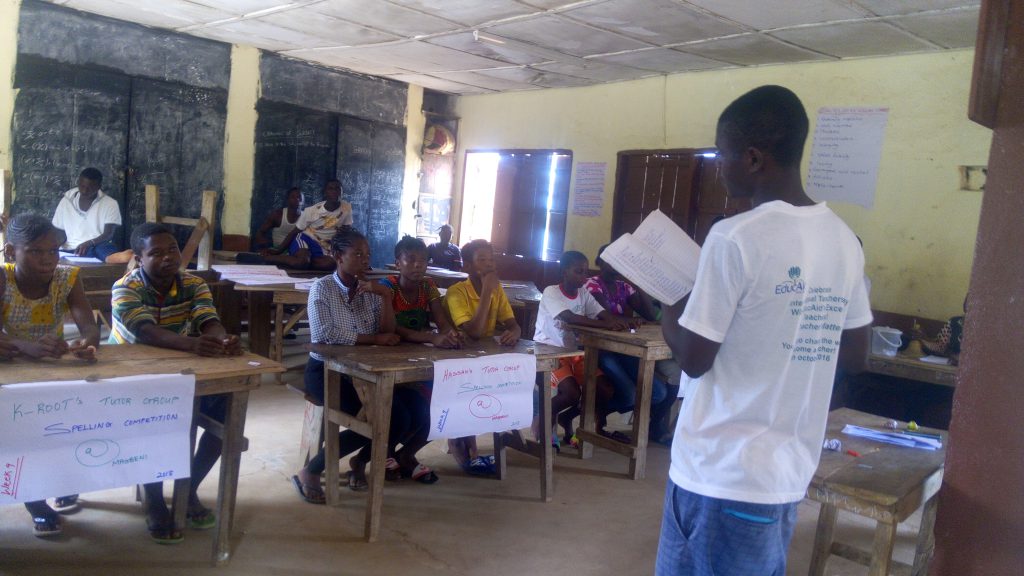 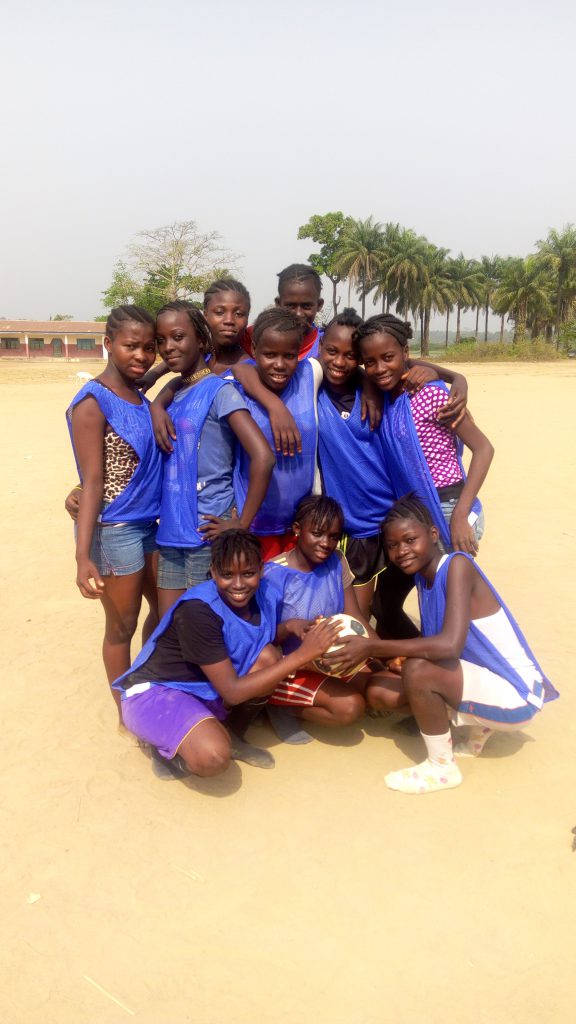 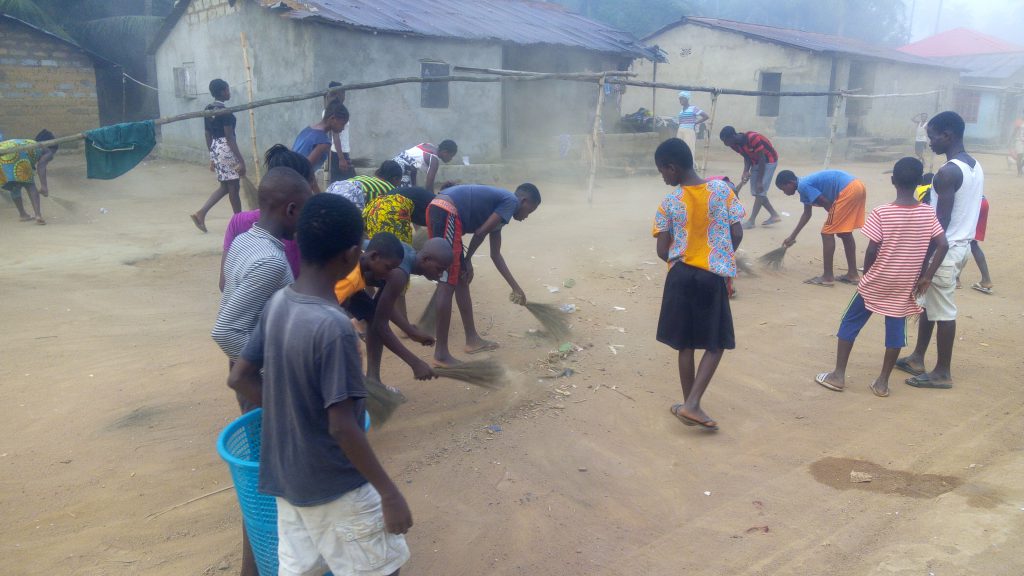 Helping to tidy the community at Magbeni 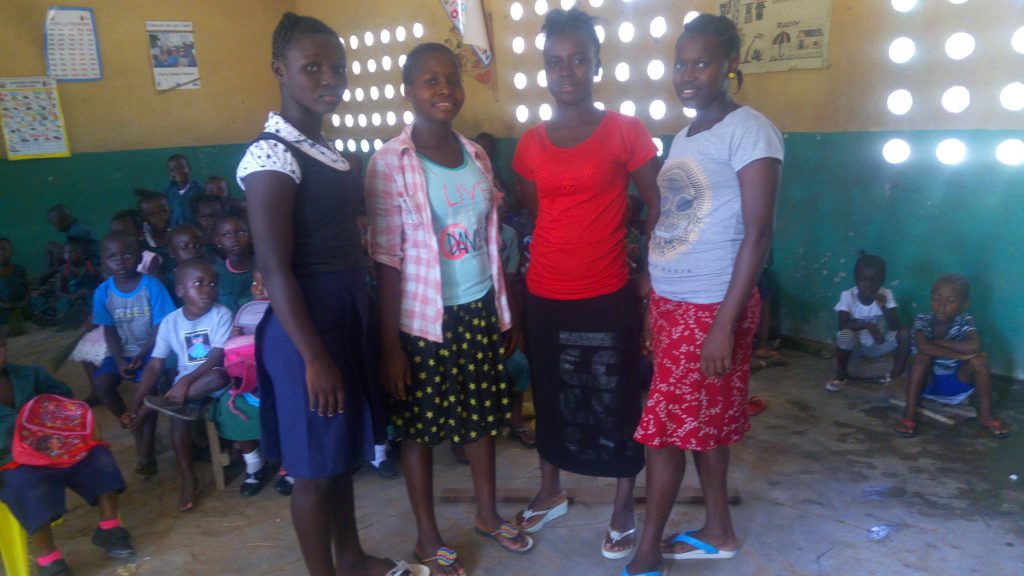 AYT writes from Pate Bana Marankh about the progress of girls and young women who joined PBM’s Women’s Project in September. He say’s,”The girls have successfully gone through training on phonics, learned to write sentences, learned eight parts of speech, passed exams in numeracy and literacy with 14 being promoted to mainstream classes at PBM. EducAid’s Women’s Project helps out of school girls and young women rejoin mainstream education.

AYT also writes with a silver lining of some sad news from the PBM community about a man who died from harmful drug use. The Head Boy and others including the Safety Team at PBM organised a presentation for their fellow students about the dangers of drug use which was very well-received. 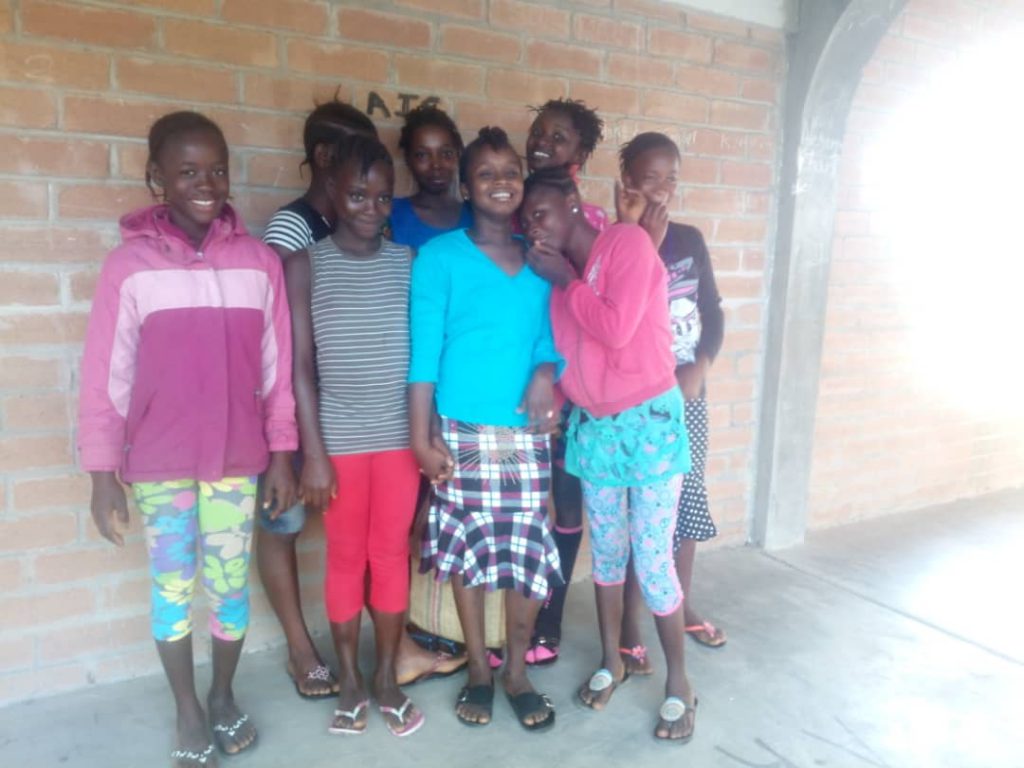 Some of PBM’s Women’s Project graduates this term

Emmanuel writes from Lumley that the Lumley White Ribbon Campaign groups wrote “I Have a Dream” speeches for Sierra Leone. The speeches detailed what Sierra Leone will be like over the next ten years. Staff and students found the speeches interesting and impressive. Emmanuel noted that students exhibited a great deal of talent and their vision for Sierra Leone was inspiring. 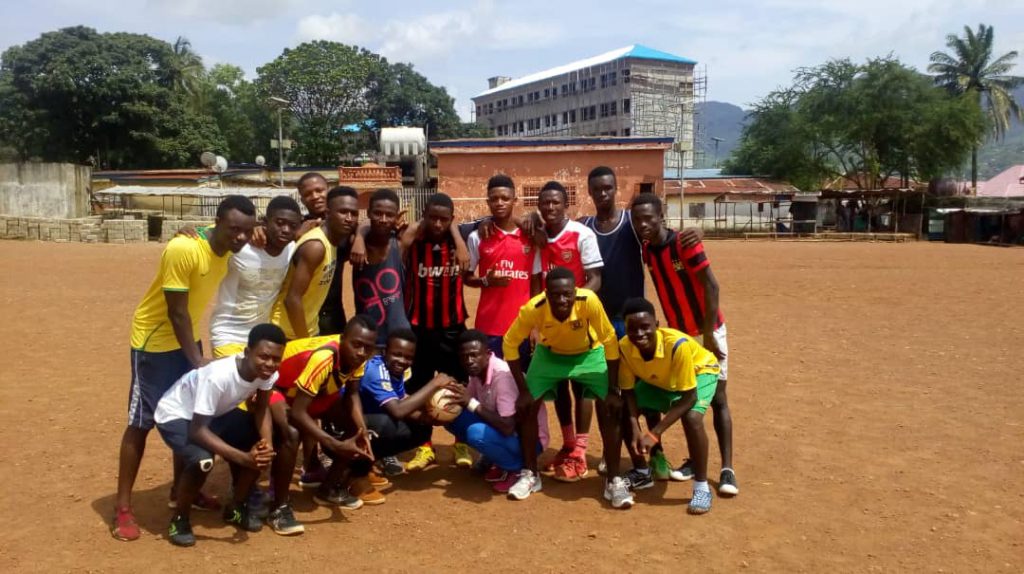 EducAid’s Rolal school was invited by Each One Save One (a local organisation in Port Loko) in collaboration with the Ministry of Education to participate in the first-ever spelling bee competition in the Port Loko District. EducAid Rolal was 1 of 26 participating schools. Kabiru proudly reports that EducAid won the competition with a student coming first place and crediting EducAid and phonics with his success when speaking with the press. 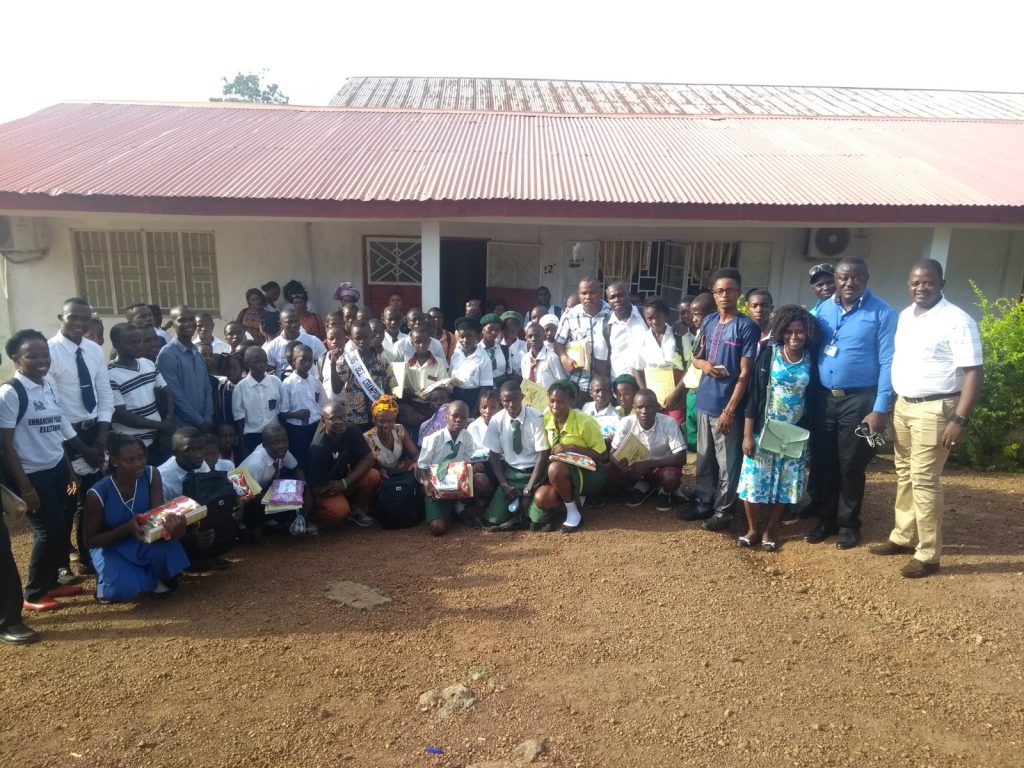 Kabiru also writes about a recent project where girls and young women at Rolal helped with the initial digging – something not often done. At EducAid everyone shares all types of chores (helping with cooking, tidying, etc.), but this larger project was noteworthy as the girls made a point to do the initial digging impressing everyone. 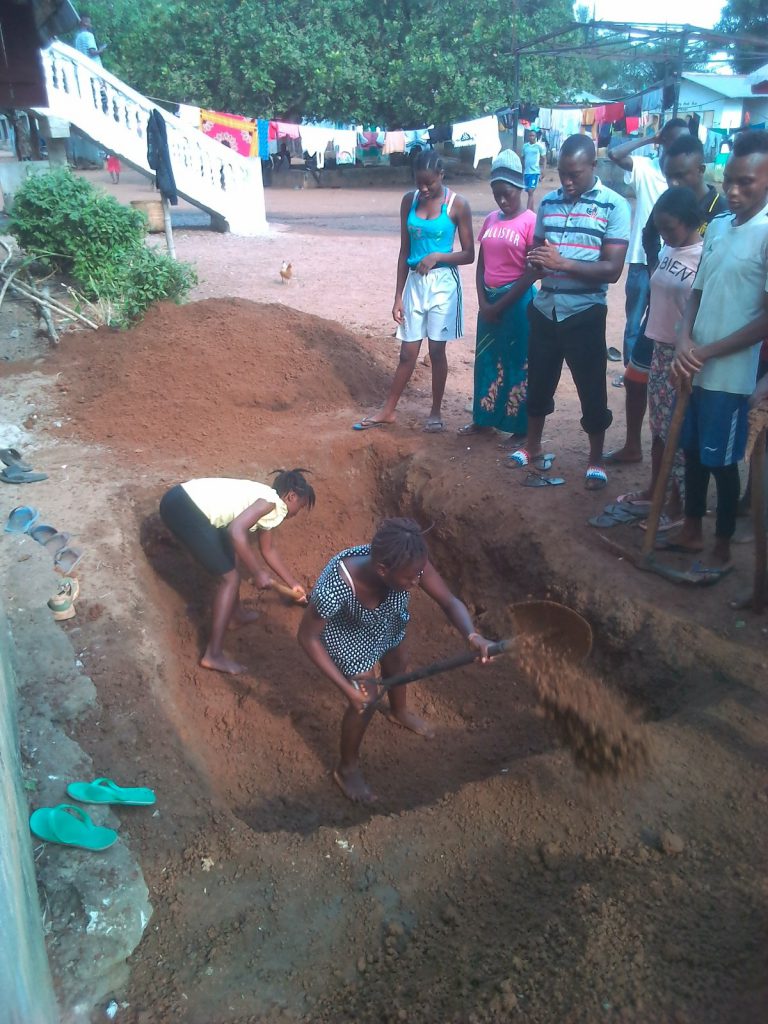