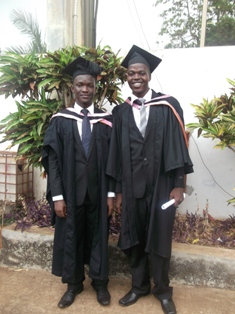 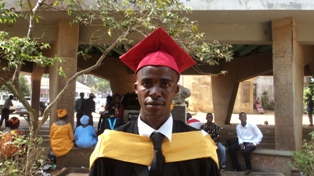 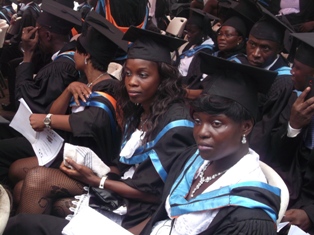 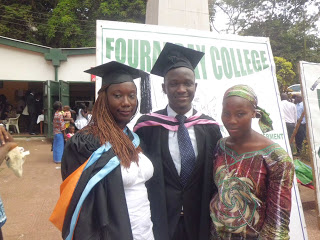 A big day for 7 EducAidians as they graduated from the University of Sierra Leone on Saturday, 6th April.  After years of effort and overcoming some significant difficulties within the institution, they have emerged successful and triumphant.  Lives and futures are transformed by education which opens doors so significantly for them.  But they are the luck ones.  So many were unable to appear on the day, despite having applied themselves in the same way.  A last minute additional ‘Convocation Fee’ of Le 2 million (around £340) was suddenly imposed.  Those unable to pay did not graduate and will have to pay an additional late fee to ever receive their degrees.

Education is for the privileged in Sierra Leone.  It has ever been thus but what a tragedy that still in 2013, equality of access is so low down the priority list for the government.

However, we are delighted on their successful completion to congratulate:

We wish them every success as they move forwards now into their working lives and encourage them to remember those following behind in their footsteps and the importance of their example.