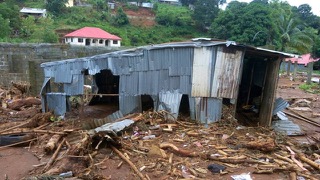 Sierra Leone has had a traumatic and traumatising few decades. I have been involved with this beautiful country since before my first visit in 1997. Since then, we have seen coups, the ending of an eleven year conflict, the ‘Ebola crisis’, annual flooding culminating in this latest round of flash floods and a landslide where hundreds lost their lives, hundreds more lost their homes and all their possessions and so, many lives are forced back to zero again. In 2000, when I moved to live in Sierra Leone, we ranked as poorest country on the planet according to the UN’s Human Development Index (HDI). Since then we have risen as high as 11th poorest, only to be plunged back down to 5th poorest and we are now at 9th poorest. Sadly, to be honest, the difference between poorest and 9th or even 11th poorest is almost undetectable in the lives of the majority. We are regularly at the top end of the corruption indices. We rank as ‘very high’ in terms of gender inequality on the Social Institutions & Gender Index (SIGI) (OECD, 2017). We were rated as the most dangerous place in the world to be a young person in 2015 (The Guardian, 2017)and so it goes on.

I am not alone in thinking that education is a pre-requisite to sustainable development. In UNESCO’s words…

Let’s look at it now from the other direction. What do we lack when we lack education? In Sierra Leone, the most optimistic statistics suggest an adult literacy rate of around 59% and even then ‘literate’ can cover a multitude of varying abilities to access and make use of the written word and takes no account of the fact that most people never access new reading material after they leave school at whatever level that might be. Some reports suggest that the average schooling life span for Sierra Leoneans aged over 15 is put at 2.67 years (TradingEconomics, 2017b).

Lack of education is clearly key in understanding how to manage one’s health, demand one’s rights and live up to one’s responsibilities. Also, we see that with only a minority of the population having education, the majority are excluded from real engaged participation in decision making and thus the control of the country’s resources and opportunities. The majority have no or little voice or power. In addition to this monopoly of power and resources by the minority, we also see the significant disempowering of poorer citizens and communities when we consider how few people have ever been exposed to another way of doing things. E.g. People do not, in general, know that it is not normal for 1 in 8 children to die under 5 (TradingEconomics, 2017a). For your average Sierra Leonean, however, this is normal. People do not know that they have a right to the provision of basic rights such as health care, education and justice. People do not even know to be angry because of their lack of awareness of what prevails elsewhere. Education does not only bring literacy. Education brings the consequent opening of the eyes as to what might be expected of the authorities and what can be learned from other contexts. Education therefore brings power.

Brené Brown (2017)speaks about why so many are fearful of relinquishing power because they see it as a finite thing, like pie. If I give you a slice of my pie then I have less pie. She argues that this is when we focus on ‘power over’ rather than ‘power to’. ‘Power to’ is not finite. If we all grow in our ‘power to’, we all benefit. Knowledge is said to be power. And indeed! If however, we can move from seeing the acquisition of knowledge and education in terms of the acquisition of ‘power over’ (siezing power from someone else, putting somebody else down so that I can go up etc) to the acquisition of ‘power to’ (i.e. Skills, competences, abilities to do new things) then we can all gain from each other’s growth. As one grows, we all grow. As one learns, we all benefit. As people move upwards, we are all drawn upwards with them. It is thus that Sierra Leone will break away from its position at the bottom of the pile, staggering from one disaster to another.

EducAid has been working in Sierra Leone since 1994 when James Boardman and Swithun Mason were moved to action by the hunger for education of the out of school youngsters that they met. Since then, our understanding of our mission and vision has grown and clarified. Today, we pursue our vision of a dignified, democratic and prosperous Sierra Leone where poverty is eradicated by educated citizens with our six values informing every aspect of our work (EducAid, 2017):

For over 20 years, we have been building a community and strengthening the communities within which we work. Why? Because we believe that an education that focuses on the acquisition of ‘power to’ and ‘power with’ will eventually overcome the poverty of thinking that strives only towards the limited, competitive and unsustainable acquisition of ‘power over’. Education is vital for development, resilient communities and the overcoming of poverty but not just any education will do! 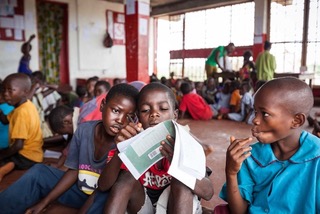 If you are interested in knowing more about our work with vulnerable young Sierra Leoneans, please go to www.educaid.org.uk

If you are in a position to support us in the long term work for a sustainable Sierra Leone that will cease to be buffeted from disaster to crisis please consider making a regular monthly donation using this link: https://www.educaid.org.uk/get-involved/donate/

If you would like to support our immediate emergency relief activities supporting those in the EducAid family who were affected by the floods, please donate through the following link: https://www.educaid.org.uk/get-involved/emergency-flood-appeal/

Marés, C. (n.d.). Where is the world’s most dangerous country for young people_ _ Inequality _ The Guardian. Retrieved August 27, 2017, from https://www.theguardian.com/inequality/2017/aug/21/where-is-the-worlds-most-dangerous-country-for-young-people