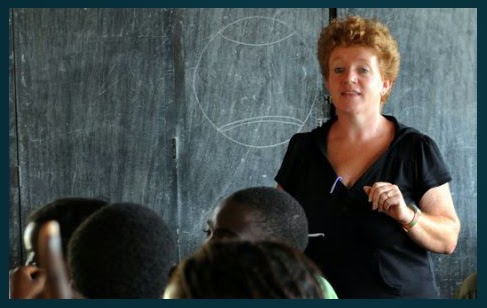 I stumbled across an article from 2008 while researching another blog post. Reading it made me sit, stop, and really consider the impact of what EducAid does. During the course of the year or so that I have been involved with the charity I have been told about the impact of the civil war on Sierra Leone, and I’d read up on the political and social motivations of the civil division, but I had not really read too much about the impact of war on children and the child soldiers. While I knew that the wartime abuse of children is a huge issue in the Sierra Leonean story, and directly affected many of those within the EducAid system, the rarity with which it was mentioned lead me to think that there were just topics that were not discussed, particularly with foreigners. Never, until this article, have I read of these atrocities in such raw terms – torture, child soldiers, cannibalism, and rape.

Miriam acts as the mouthpiece for the powerful and terrifying story of those she had helped struggle through these difficult times. Below I have included some excerpts from the original article below, please be wary that it makes for some tough reading.

“Many of [EducAid’s students] had been child soldiers, kidnapped by rampaging militias, living their childhood in the jungle, decimating villages, mutilating and killing as they went. Many others had been orphaned and displaced, witness to horrors that defy belief.

‘We have ex-combatants, girl mothers and orphans,’ she says. ‘I don’t know where they find the strength to overcome their horrific experiences.’ Combatants were often force-fed drugs (including gunpowder in their food), supposedly to make them ‘better fighters’. Their captors slashed them with knives and put cocaine into the wound before they went into battle.

The cocaine numbed all emotion. ‘One of our students, Abu, 21, said there was
only one day in the whole war that he remembered vividly because he’d run away
the night before and missed his drugs dose. I asked him why he ran away, and he said that a
witch doctor had decreed that in order to win the next battle they must find two
children and a pregnant woman and bury them alive. They made Abu dig the pits.
He was 12 years old.’
Girls now attending the school were, luckily, too young during the war to be targeted as rape victims, but still witnessed terrible scenes. ‘One, Fanta, described how, aged eight, she and some older girls were captured by rebels,’ says Miriam. ‘The woman in charge of them was cut up and eaten in front of them, and the older girls repeatedly raped.

‘Another, Ruth, nine at the time, was kept in a building with other hostages. Every morning five would be picked at random, taken out and shot. The soldiers would place bets on the sex of a pregnant woman’s baby. Then they would cut her open and the soldier who was right would shoot the other. There was no respect for life, even their own,’ says Miriam.”

This article was written 6 years ago, we are now twice as far from the end of the war as we were then. I had initially told myself that this brutal period was no longer the subject of everyday conversation; rather, it was a constant presence in the background of the nation’s mind. That was why, I told myself, across all of my communications with various EducAidians, the topic of war had not come up.

Now, however, I have come to an alternative conclusion. Over the past 14 years Miriam has infused her constructive attitude towards problem solving throughout EducAid; resoluteness in the face of challenges has become the defining feature of her leadership, along with an unabated love and dedication to her students. She will achieve her objectives in the manner that they should be done; no compromise. 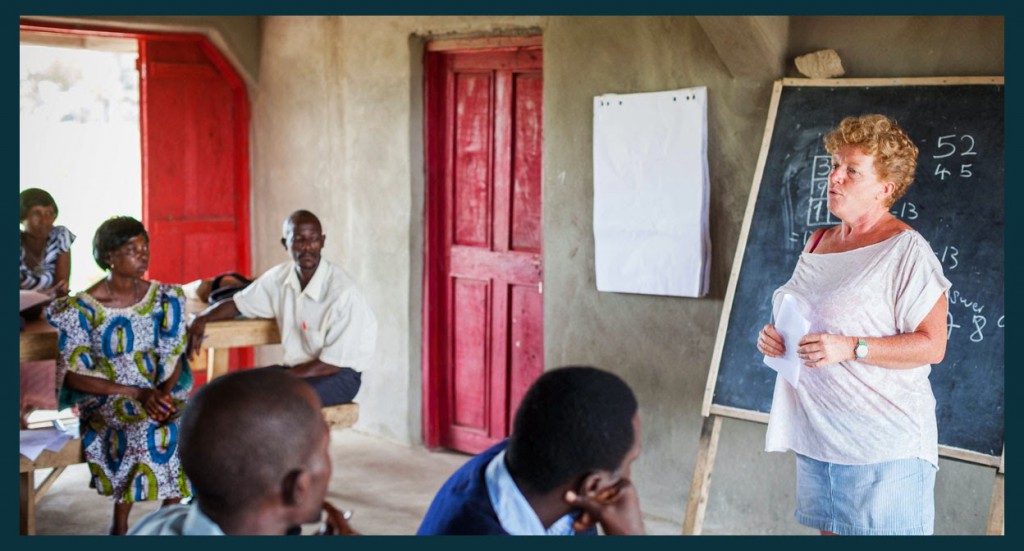 During some research for other articles, a question that I asked our coordinators was ‘Do you have an example of someone who has done amazing things for EducAid?’ Every single respondent, without fail, replied with the same answer: Miriam. Here is what AJ & Kai had to say when posed the question:


“Yes the EducAid Country Director Miriam is one person whose efforts need to be recognised. She was the first person having meeting with the whole community in Magbeni concerning Ebola. It was not only Magbeni, at all the other sites she held the same Ebola meeting.

The great love and caring she has for both staff and students is just wonderful. Almost all foreign workers and volunteers left the country when the Ebola outbreak started, but she is still with us.”

Miriam’s educational expertises gave her the knowledge to create a holistic and tailored academic syllabus, but it is her own determination, leadership and innovation that has enabled her to build a national network of schools in Sierra Leone. Over the past 14 years EducAid has dramatically changed the lives of all those who have come in to contact with it. It is an institution that, with the appropriate funding and logistical support, will grow and grow. Miriam’s strength and sensibilities have enabled her not only to give life to the most poverty-stricken and emotionally scarred children, but also to establish EducAid as an leading independent educational institution, and a model for those around it. She has stood up, discounting the hurdles of race and gender, and instrumented systematic change from within. Miriam isn’t building a better-than-nothing alternative, she is building a national academy for the future where morality, community, and hard work are our guiding principles: Excellent Attendance, Excellent Behaviour, and Excellent Effort. Now we have our alumni representing us in universities and colleges all around the world. Without Miriam’s passionate drive and sense of selfless duty, EducAid would not be what it is today.

In a passing comment, Miriam said that upon returning from the UK to a Freetown in the grips of Ebola, one staff member spoke to her and said, “This is how we know that you love us like a mother, you have returned to Sierra Leone to die with us.”

Miriam immediately identified the fear interlaced in this comment, and set out the course with which we are fighting Ebola today. Miriam has successfully changed the despondency and resignation with which Ebola gripped the population in to a programme of proactive education and re-integration. The work that Miriam has spearheaded in the space of a few months is nothing short of incredible; she and her support staff are educating hundreds of children that would otherwise have no access to their schooling, and no access to hope, by distributing engaging and lively classes and debates on mp3 players, BlueTooth, and by WhatsApp. It is this kind of innovative thinking that will ensure EducAid will continue to succeed in the future.

We should be clear, the reason that the topic of war has never been raised between any contributors and myself is not because it is a distant memory, or a national desire to move forward, it is because Miriam will not allow for dwelling on things in the past. Just as she was quoted in the original article, ‘My attitude has always been: “I don’t care what you did in the war – where is your maths homework?”’

It is Miriam’s drive and focus that we must be thankful for. We have an incredibly dedicated and hard-working team that support her in Sierra Leone, and I think that they would all join me in this praise and thanks.