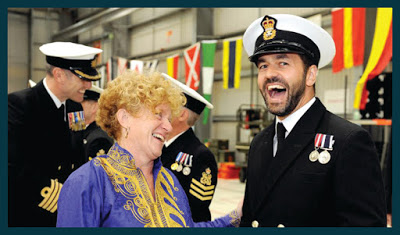 Members of the 820 Naval Air Squadron invited Miriam Mason-Sesay to their Operational Medal Ceremony at Royal Naval Air Station Culdrose last week. Not only were Miriam and her son, Kofi, in attendance, but Miriam was invited to present the medals to the serving officers. The 820 Squadron had been deployed on the RFA Argus to Sierra Leone for 6 months during the Ebola outbreak.

Commander Ross Spooner said that “personnel from 820 were tasked at very short notice to a place that was, at the time, full of uncertainty and fear.”

“As you all probably know by now my husband is on board RFA Argus which is in Sierra Leone dealing with the Ebola crisis.

We are all feeling pretty helpless back home here especially as we get to hear some of the stuff not reported on the news.

The lads on the ship are all working really hard in challenging conditions working 8 hours on 8 hours off with no set date for their return.”

820’s mission in Sierra Leone was to assist with the logistical operation in combatting the spread of Ebola. Assisted by 3 Merlin helicopters, the Squadron was able to reach several parts of Sierra Leone that were simply too difficult for supplies to reach by ground. Among their expeditions, the Squadron came across some of our students who quickly invited them to have a look at our schools.

Struck by the plight of youngsters during flights into Port Loko, one of the worst-affected towns in Sierra Leone, Petty Officer Diccon Griffith decided that the ship was able to further help the fight against Ebola.

“Each and every face I saw seemed so happy that we were there, many of them quoting the slogan that is seen stickered on many of the UN vehicles out here – togeder, we de fet Ebola – together we will fight Ebola.”

Lead by Diccon Griffith, members of the Squadron decided to undertake a sponsored charity row in support of some of the children that they had been responding to – we were incredibly touched when the Squadron contacted us to let us know that they would like to donate the money raised to EducAid schools. 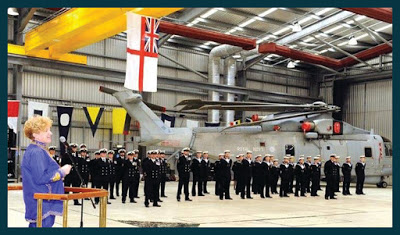 In addition to the substantial amount of money raised, and unbeknownst to the charity, the crew had been co-ordinating a fundraising drive in the UK for essential daily items. When the Merlin arrived a few days before Christmas the children were elated. When they saw Santa and some elves jump off it, they were ecstatic. The crew delivered over 300kg of clothes, washing materials, and dried foodstuffs to EducAid. Bearing in mind the travel restrictions in place, many of these items were absolutely critical to the on-going health and happiness of the students. 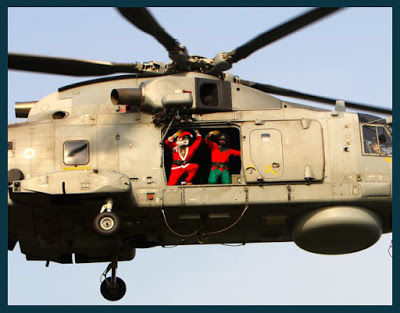 The generosity of the women and men aboard the RFA Argus is hard to overstate. Not only were these courageous people putting their lives on the line for another nation, but they were so committed to genuinely helping the cause that they gave their own possessions, time, and money to help EducAid bring Sierra Leone one step closer to eradicating Ebola. 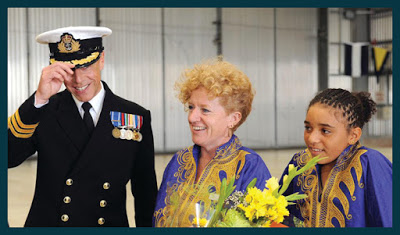