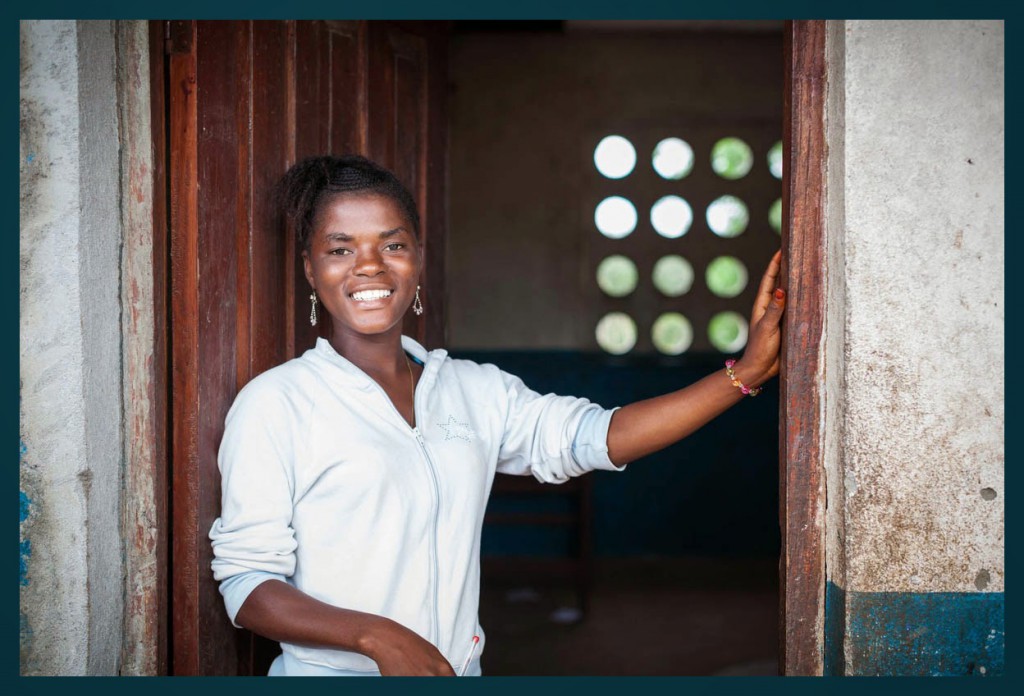 Gender equality has been a central pillar of EducAid’s mission since the charity’s inception. In a country with so many social, economic, political, and infrastructural problems, the intricate challenge of confronting this delicate problem is difficult to approach. There is a social mind shift that needs to occur in Sierra Leone, but much of the discrimination occurs within homes, families and communities, and is very difficult for traditional aid agencies to tackle. It is not through a lack of desire or awareness, but more of access and efficacy that they struggle with. Fortunately at EducAid we have a huge input in to our students growing up, and we hope to instil our morals and values in to our students from a young age. We believe that in order to achieve the goal of bringing genuine self-sustainable development to this country, we need to nurture and educate women so that they can take an active role in the reform that is so desperately needed.

It is very easy for those in ‘developed’ nations to look critically at the treatment of women in Sierra Leone. Whilst many would think that the UK and other Western countries are on course towards gender equality, there remains a huge issue of institutional and social gender bias. Women in the UK account for only 22% of MPs and peers, 20% of university professors, 6.1% of FTSE 100 executive positions, and 3% of board chairpersons. Even more drastically, women on average will still earn £140,000 less than their male counterpart over their career.[1]

Furthermore, within our own societies we allow, endorse and consume the sexual objectification of women more fervently than in Africa, in many cases reducing women to a commodity that is there for men’s pleasure – this case is no better highlighted than in News Corp’s The Sun’s Page 3 debacle that turned out to be nothing more than a marketing stunt to sell more papers; even making light of this manipulative tactic with the headline ‘We’ve had a Mammary Lapse’.

The source of gender inequality is the same worldwide, and is one of education, expectations, and empowerment. In Sierra Leone it is, however, a far less orchestrated enforcement of gender stereotypes than one bolstered by Western tabloids, but perhaps even more socially engrained. In Sierra Leone it is simply expected that a woman’s existence will be to cook for their husband and to mother their children.

In terms of education, where a family must purchase school clothing and books in order to participate, girls are in most cases second-choice to their brothers. It is expected that men are more likely to succeed in the workplace due to a woman’s perceived inability to operate in that environment. However, as we know from a Western education, this is simply not the case. A woman’s efficacy in the workplace is more likely attributed to the pre-existing sexism that is within those environments, as well as the self-imposed and lowered institutional expectations that influence their potential for achievement.

There is a general lack of expectation of women from men, and indeed from women themselves. Many believe that because of their gender women do not have the potential to contribute, achieve, or to participate equally with men. There is little expectation that women can hold their own if they stand on an equal playing field, and the lack of prominent established female business leaders or democratically elected female politicians does nothing to contradict this belief. There is an embedded social conception that undermines women, and the lack of successful independent women does nothing to change their own view of themselves as only fit for domestic roles. Although there are some female members of parliament in Sierra Leone, it is unclear what real influence they have and what political relationship they hold with the incumbent party.

Although more women in urban settings receive an education, the ingrained perception of inferiority, and the reliance of women in the professional environment on their looks or their connections further undermines the integrity of education as a genuine path to success. Simultaneously, those women who do make it in to the workplace may lack the competence, qualifications or indeed the inclination to succeed. They therefore further cement the misconceptions surround women’s professional capability, and re-enforce the gender stereotypes further.

There are instances of sexism that are not so easily explained or resolved. Rape in Sierra Leone is common and seldom punished. The legislation on intra-marital rape has not been brought up to international standards and therefore there is no such classification. Marriage is in many cases accompanied with the payment of a bride price from the husband to wife’s family: a gift of goods and / or money in exchange for their daughter. This commoditisation of the woman leads to a sense of ownership in many men, reducing the human value and attributes that women should be afforded.

In fact, rape and other sexual harassment such as touching, groping, or assault is common yet rarely prosecuted. Women are often implored by families not to pursue criminal convictions in order to maintain family honour, and regularly dismissed by police if they do pursue a criminal conviction. This objectification of women has been further exemplified in several rape cases in Sierra Leone over the past few years. In the case that the rapist has been a stranger or community member, rather than pursue the criminal for justice there is a commonly held view that he has damaged the family property. There have been cases when, if the rapist compensates the family with a bag or two of rice, depending on the negotiation, he can then take his victim with him – damaged goods are no use to the family any more….

While this sort of arrangement is not everywhere or in every instance, it is not nearly as uncommon as it should be. Miriam told me that she has seen several occasions when the father of a raped girl has negotiated with the rapist, and even pleaded with the police for the release of the rapist in order to finalise the exchange. A truly horrifying scene to imagine, and one where you must feel that the self-esteem and human worth of the poor victim is shattered, so far that it must be difficult to consider oneself human at all.

Female Genital Mutilation (FGM) is another instance of gender-related control in Sierra Leone, and one that we campaign heavily against. The act is as symbolic as it is horrifying: by removing the sexual enjoyment of women they notionally become a purely functional vessel for procreation. The driving intent behind this savage act are, once again, to reduce the likelihood of promiscuous behaviour and demonstrate the familial control over the young woman. In effect, these are both once again designed to control and protect the family’s asset for financial gain. One of the most terrible realities of FGM is that the act is usually carried out by the women from within the family and community; usually, it will be a mixture of mother, aunts, and community elders that perform it on the young woman. I remember back to Sarian Karim-Kamara at the Overcoming Obstacles: Girls in Sierra Leone fundraising evening that we held last year giving us her personal memories of FGM. There she told us the chilling details of deception and community influence that culminated in her mutilation when she was just 14. 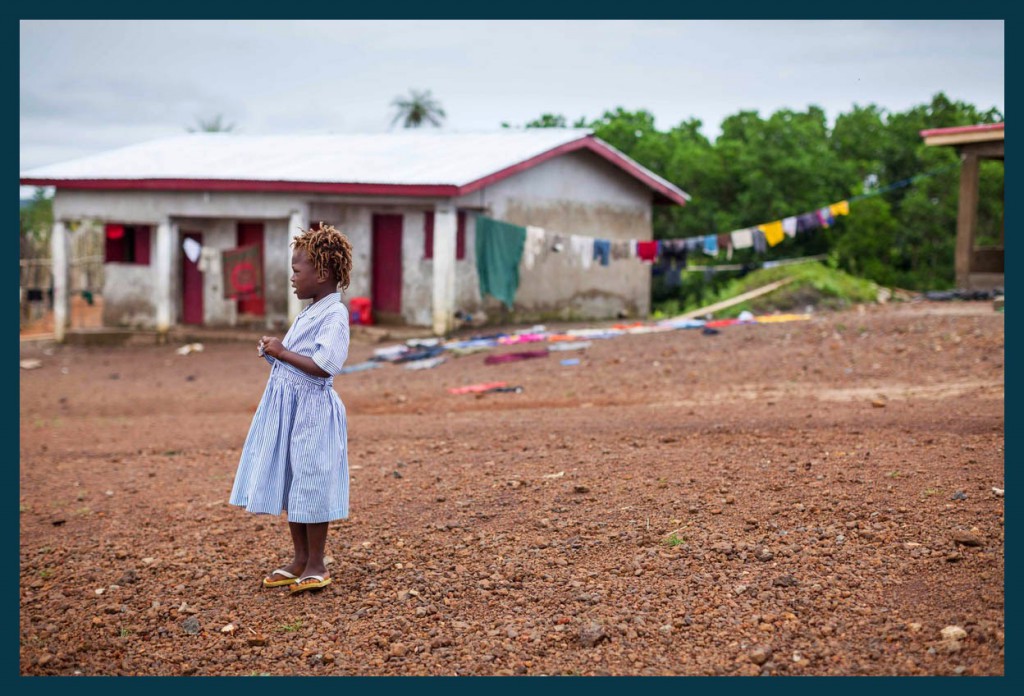 Poor educucation, low aspirations, rape, and mutilation: women face many external struggles in Sierra Leone, but Miriam notes that one of the most crucial elements of EducAid’s fight is to make women believe in themselves. Miriam writes:

‘The women are often their own worst enemy in terms of not actively contributing equally to society. Often, they sit back and behave like a second class of citizen – the men are therefore further armed to say that you can’t leave things to the women.

The reasons for this are many and complicated, but overall women are treated as lower from the moment they are born. They see their mothers and sisters treated as lower, and are subjected to mutilation by those ‘peers’ so it appears as though this is the natural order. Once again, education has not kicked in early enough to dispel these vicious perceptions, and the cycle continues to perpetuate itself. To go against this perception is very difficult when it is engrained from so young.”

At EducAid, however, we are actively against it. Find out tomorrow how we instil the lessons of gender equality in to our students.

In the mean time, visit us on facebook or on twitter.
If you can spare some money, please do help us to fight Ebola. You can do so by clicking on this link. Many thanks