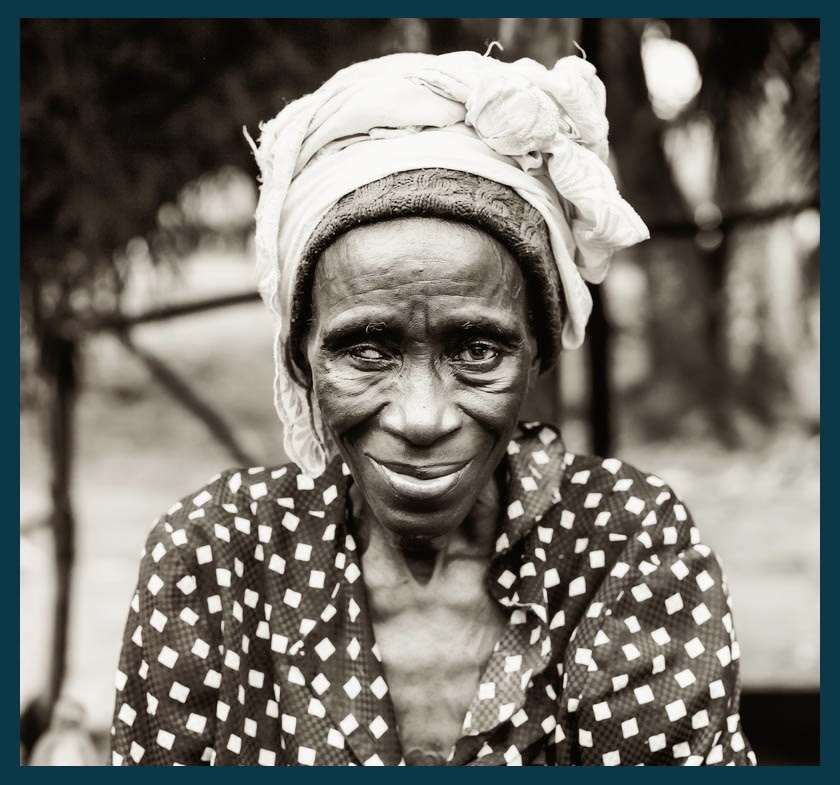 Suma, our site coordinator for EducAid Rogbere, met with Remy Watt. Remy is a strong woman and the eldest in the Rogbere community. This is Suma’s telling of her story:

“I was living with my family in Rogbere when I first heard about EducAid. It seemed so far away at first. We seemed very isolated from the disease and we didn’t know what was happening in our country. We heard some news on the radio that Ebola was in Sierra Leone but we didn’t know what to believe, or if it was real. It was some weeks before Ebola got close to us and we became very scared.

It was towards the end of the year that my cousin contracted Ebola. We do not know where she picked it up, or if she had attended some funerals of the dead and had been involved in the washing and burials. By that point we had heard much about how to not catch Ebola on the radio, but it was the visits from the EducAid teams that made us understand the dangers fully. Because Ebola does not show symptoms of the virus for many days, it feels like the virus is a secret killer and we are all in danger. It makes everyone nervous to meet with other people, and the community felt very strained. People were even saying that I had Ebola because my cousin had the disease, and I felt very bad for this. I did spend some time with my cousin before she was confirmed Ebola positive, and the rumours that were in the community made me worried that I did catch the virus. The EducAid team gave us very good advice; they said that the disease is actually difficult to catch if we follow the easy procedure: ABC; Avoid Bodily Contact. The EducAid staff also told us not to go to any funerals, even if we thought that they had not died from Ebola. Becuase the community will turn against a family with Ebola, many people are not being truthful about the cause of death and are making it difficult to see the truth from lies. The EducAid gave very simple advice: do not visit people with suspected Ebola. She was my closest family member and she was sending messages to me to visit her at the time of her illness.

On EducAid’s advice, i did not go to the funeral. Their sensitisation meetings not only warned me of the danger that our funerals held, but explained why, and I did not want to endanger myself, my family, or to let down EducAid. So far I have done everything I can to avoid Ebola. I have done everything that EducAid and the government radio shows have told me. I have not touched any sick people; I have restricted my movement outside the village. I frequently use chlorine, keeping my compound clean and avoid incoming visitors. Most importantly, the house to house sensitisation and barrier nursing techniques that were given to us by the EducAid teachers has helped me to avoid this. I have been getting educational information from the radio, but the information given by EducAid teachers help me and my family greatly.

EducAid has helped me so much that I wish we have more of this kind of organisations in my country. EducAid has helped us to be safe and happy at this time. The house to house talk created more awareness than ever. We are proud of having EducAid. The temperature check which they introduced, gives more confidence to me and my family. They are doing a great job. The sensitization about barrier nursing I only got from EducAid teachers; I have not heard of it even from the national radio. Without their help I would have only been able to rely on the radio, and this would not have made any where near the same impact on my family and community as EducAid has.

I am still worried for the challenges that Sierra Leone faces. They are numerous, for instance: the economy is slowing down, the educational system is on stand still, the rate of teenage pregnancy is on the increase. Traditional practices like hand shaking, washing of the dead and refusing to attend funeral ceremonies that are so important to our society have been stopped. We can feel the society being stretched again, like in the war, and it is something that I fear for a great deal.”

In an honest interview, Remy Watt has encapsulated the impact that EducAid is having on those communities that are facing Ebola head-on. The national radio is doing a great job of spreading broad measures on how to avoid catching Ebola, but personal instruction is always going to have a greater impact. It should come as no surprise that the EducAidians are doing a fantastic job in the sensitisation of rural communities. We are a network of teachers, and educating people with illustrative lessons is really the core of our purpose. Unfortunately, the application of these skills has had to be diverted to Ebola and away from education, but we collectively wish forward to the day that we can go back to improving our society through academic education rather than combatting another setback.