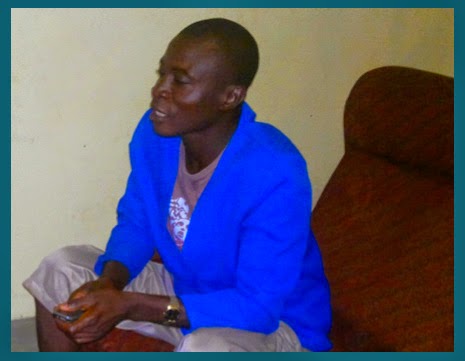 Anthony Kabia is Pastor in Makalie town in the Tonkolili district. The Tonkolili district is the location of EducAid’s most recent developments in our educational network – the 4Ms schools. Mathele Bana, Mafoimba, Makaragube, and Masorie Kargbo are the result of a partnership with Make It Happen (MIH), where MIH were responsible for building the facilities and some on-going funding, and EducAid provides the academic and holistic education.

So far, the partnership has been a hugely successful one. Make It Happen has built some fantastic facilities and, under the guidance of Miriam, Pires, our Site Coordinator, and his support staff have developed these schools in to thriving centres of education for this underserviced region.

The 4Ms schools accept only day students and thus, due to the Ebola situation, we unfortunately have no students there at the moment. The situation in Tonkolili, like many places in Sierra Leone, is worsening. It sits right in the centre of Sierra Leone and therefore experiences through traffic from the surrounding areas, as well as Guinea and Liberia.

Before Ebola, our partnership with Make It Happen helped to develop the 4Ms in to a fantastic place to learn. Now, unfortunately, they are left with only a few teachers within the buildings. However, this has not seen any drop in productivity for the staff members at the 4Ms schools. The teachers have been getting out to local communities and teaching people how to keep safe from Ebola in these dangerous times. With a widespread Ebola sensitisation programme, EducAid’s influence and support is being felt nationwide.

Pires, someone who we have introduced to you before, has been talking with a local Pastor to see what his experience of Ebola has been. This is his conversation with Pastor Anthony Kabia.

What is your name, and where are you from?
My name is Anthony Kabia, I am from Makeni town, and I live with my Family – my mother, father, wife and children.

Have you lost any family or friends to Ebola?
Yes, I have lost two of my children and my brother’s wife. I was unable to attend any of their funerals, and it made me feel terrible. I feel really unhappy about this.

Were you scared of catching Ebola off these people?
Yes. I was very much scared because I use to visit them before the wife was confirmed Ebola positive. As soon as my children had symptoms, we removed them and sent them to hospital immediately but they did not survive.

How did you avoid catching Ebola? Where did you learn these techniques?
I tried very hard to avoid the disease by following the precautions that were announced from our Ebola sensitization meetings, the media, Ebola posters and other Ebola response team. Mostly by not touching the sick, not washing the dead, and isolating the person being suspected of having Ebola. And the washing of hands using chlorinated water plus other Malaria drugs.

How has EducAid helped you to keep safe?
EducAid has helped me to keep safe through the following ways:

1. The Ebola workshop that EducAid conducted at Port Loko, Rolal in September, 2014.
2. Sensitization meetings held to all the 4M Schools by the EducAid Country Director, Pires and Easy Man.
3. By restricting my movement, learnt from the sensitization meetings we have been getting from the above names mentioned.

We may have learnt with the help of the Sierra Leone Government and other Ebola Response teams, by adhering to their messages, but EducAid is really doing an excellent job in the fight of the disease.

1. The qualified Doctors who are capable in combating the virus are dying through the Ebola virus.
2. The country resources are not enough to fight the virus.
3. Disbelief of the people that Ebola does not exist in this country; many are thinking that the Government is making money from the virus.
4. Teenage pregnancy is increasing in the country.
5. No schools are in operations now and that people are taken it as opportunity to bear children.

Pastor Anthony has been taking the information that he has gained from the Ebola sensitisation meetings and has been preaching the message of Ebola to his church congregation, as well as many other communities.

It is worrying to hear that there is still a general feeling that the government is somehow behind the virus. Pastor Anthony says that he is also helping to dispel these rumours through preaching, putting up posters, and handing out flyers to spread the facts about Ebola. Many of these lessons have been learnt from our staff throughout Tonkolili.

Our thoughts are with Pires and his team there – keep it up guys.

Support our fight for a life #AfterEbola by clicking here.